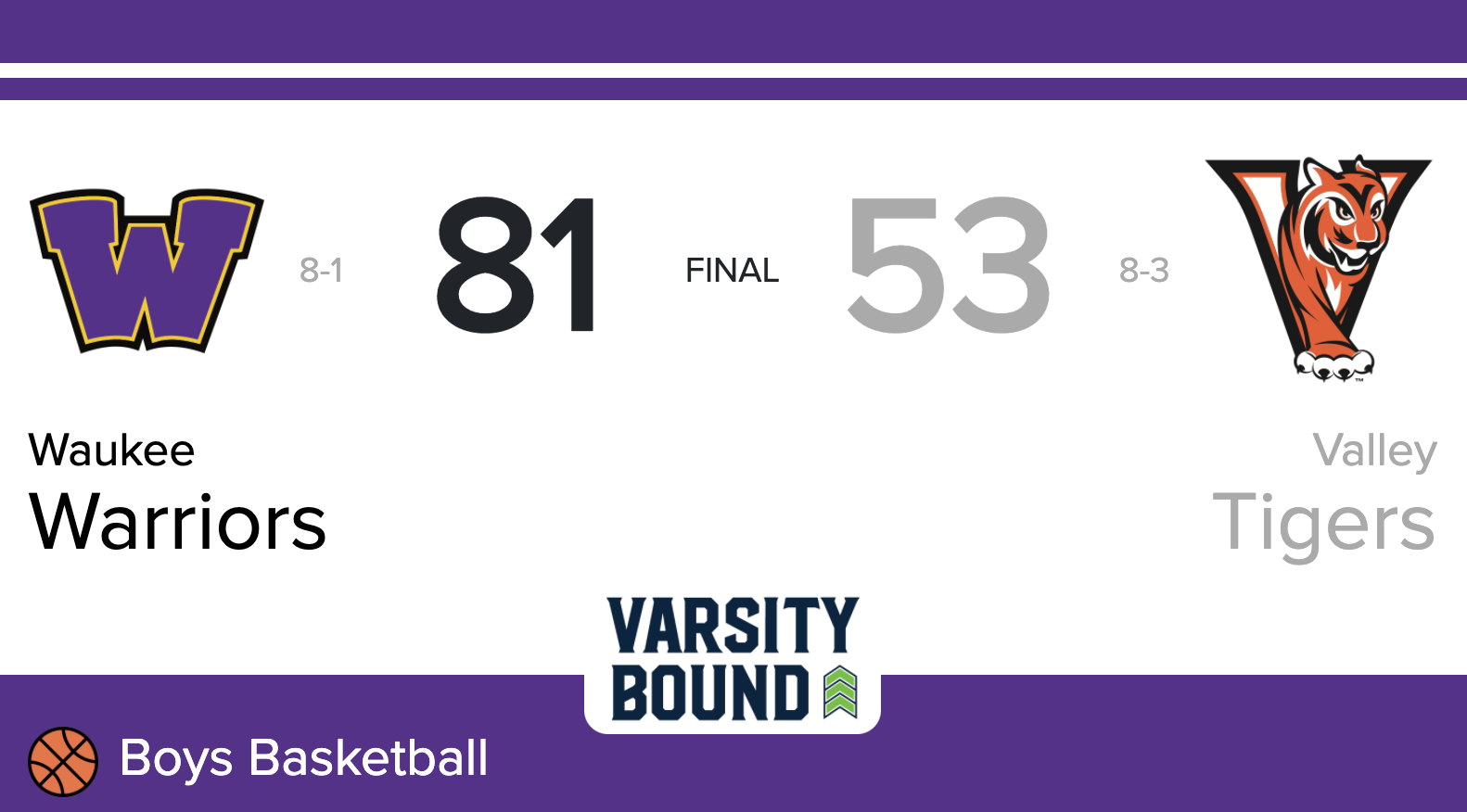 The highly-touted Waukee Warriors boy’s basketball team came away with another convincing win over the Valley Tigers Friday night. The Tigers battled early, scoring first and controlling the opening minutes with tenacious defense and great second-chance shots to take a 42-28 lead into the second quarter. A Ty Walker 3 as time ticked down plus a foul off the ball gave the Tigers the ball to end the quarter with a 22-15 lead.

The largest Tiger lead of the night would come on the first shot of the quarter as they extended it to nine, 24-15. A 10-0 run by Waukee soon after would give them a lead they would maintain for the rest of the game.

The Warriors lead ballooned in the second half. While Valley showed a consistent ability to crash the offensive boards, they weren’t able to stop the balanced attack of Waukee behind Tucker Devries, Omaha Biliew, Malik Allen, Payton Sandfort, Pryce Sandfort, and a significant effort from the bench on the evening. Ultimately, the height and versatility of the Warriors proved overwhelming, perhaps best showcased by Biliew taking a blocked shot coast-to-coast to draw a foul midway through the third quarter.

Waukee won the game 81-53, never trailing in the second half. The Warriors have yet another chance to assert themselves against top-tier talent as they take on the 9-1 Ankeny Centennial Jaguars in Ankeny on Tuesday, February 2. Valley looks to bounce back against the 6-6 Ankeny Hawks on Monday, February 1.