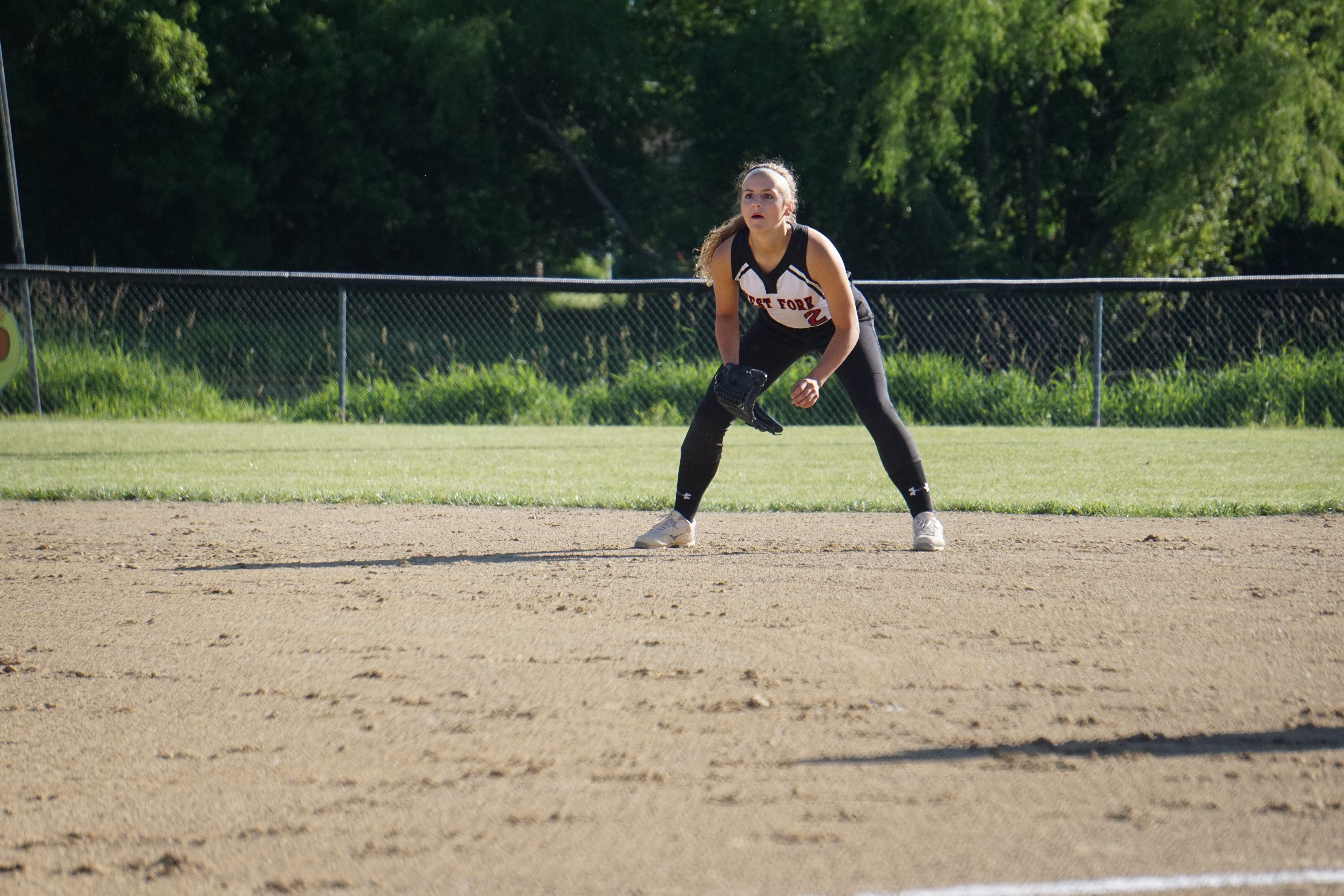 After a season opening win at Rockford on Wednesday night, the Warhawk softball team dropped their final two games of the week to #9 (1A) AGWSR and Northwood-Kensett. This week has four games on the schedule for West Fork, including two against ranked opponents.

On Monday the Warhawks travel to Mason City to take on #7 (1A) Newman Catholic who went 6-1 during the first week of the season. The team returns to their home field for the middle portion of the week, taking on Franklin County foe Hampton-Dumont-CAL in a non-conference game before hosting #6 (2A) Central Springs on Wednesday. The week will finish up with a trip to St. Ansgar on Friday night.

Junior outfielder Makenzie Fessler served as a bright spot for West Fork at the plate during the team's first three games. Mak leads the team with four hits and three RBIs on the season, including a double and the team's first homerun of the season on Friday night against N-K. Senior pitcher Rachael Hubka has also done her part at the plate with three hits, four runs, and two RBIs to help support her cause in the pitcher's circle.

Four other Warhawks picked up multiple hits during the shortened season's first week, including senior catcher Kylie Laudner, junior outfielder Sadie Latham, and sophomores Haley Grady and Maddie Hubka. Sadie has also scored three runs and stolen three bases, with only Maddie besting her stolen base total with four of her own. Haley has driven in two runs in her first significant varsity action as the shortstop.