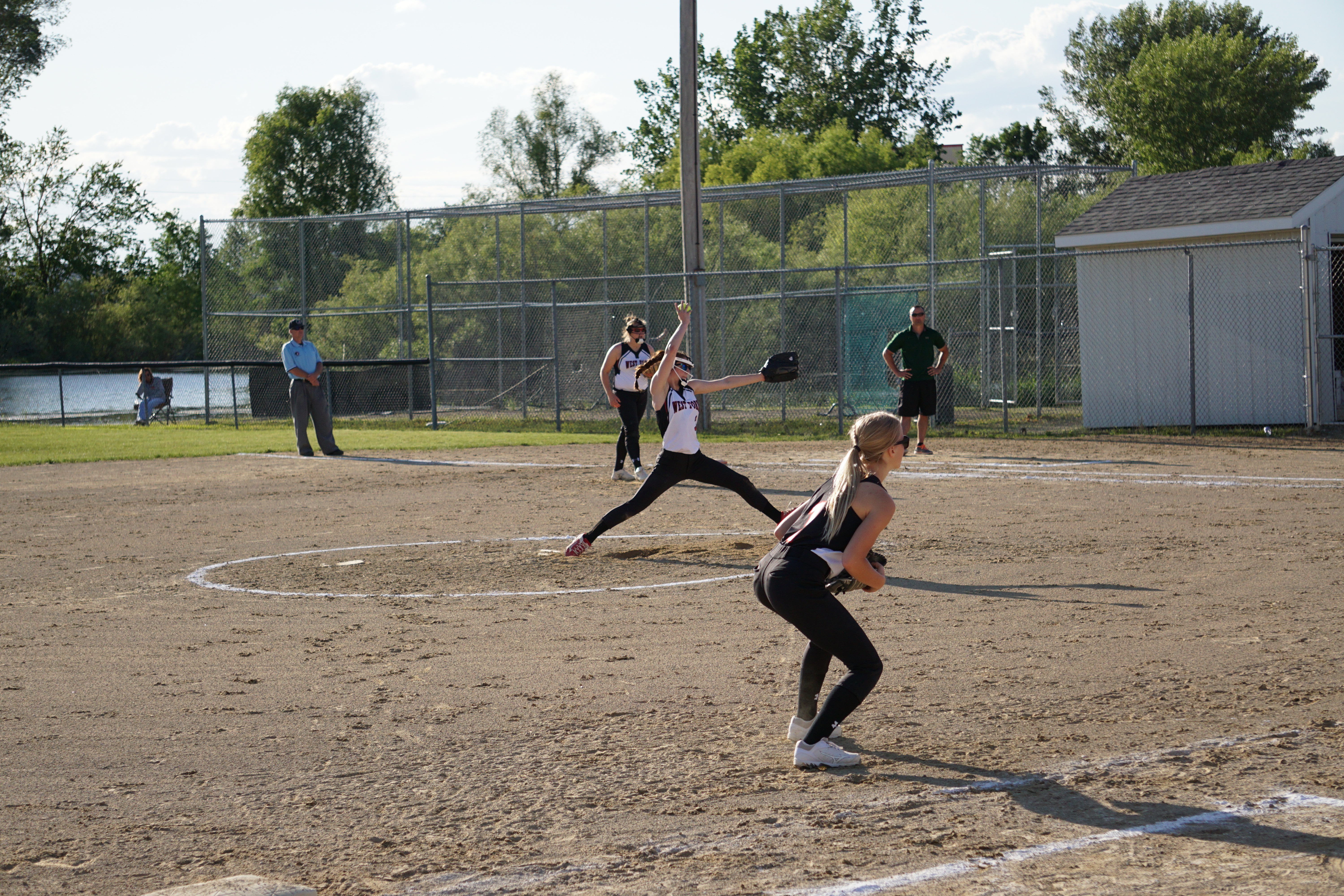 West Fork softball will play the first game of their shortened 2020 season on Wednesday, June 17 in Rockford against the Rockford Warriors. Varsity will start at 6:00 with JV to follow.

The Warhawks return seven starters from last year's 14-11 team and will be led by senior pitcher-catcher duo Rachael Hubka (32 hits, 23 runs, 16 RBIs) and Kylie Laudner (20 hits, 11 RBIs). Three additional seniors are on the squad, including Sydney Nuehring who suffered an injury early last season, but will retake her starting role at 2nd base. Jen Ingham and Madi Peterson will provide help in the outfield.

Maddie Hubka (3rd) and Kalli Trewin (1st), both sophomores, will start at the infield corners for the Warhawks after very successful 2019 seasons. Maddie earned Second Team All-Top of Iowa Conference awards after scoring 21 runs, driving in 15 RBIs, and stealing 22 bases. Kalli lead the team with 18 RBIs primarily playing as a Designated Hitter, but will step into playing 1st base replacing her sister, departed senior Lauren Trewin. Mak Fessler ans Sadie Latham, both juniors, will return as starters in two of the outfield spots.

The Rockford Warriors fell to Nashua-Plainield 5-4 on Monday, June 15 and take on Clarion-Goldfield-Dows Tuesday night. West Fork fell to Rockford 6-5 for their first loss of last season after a 6-0 start found the Warhawks in the Class 1A rankings. Historically, WF holds an 11-8 advantage over Rockford with nine games being 13 games being decided by 2 runs or fewer.